Author Colin Mustful is proud to share the cover design for his upcoming novel, Resisting Removal. 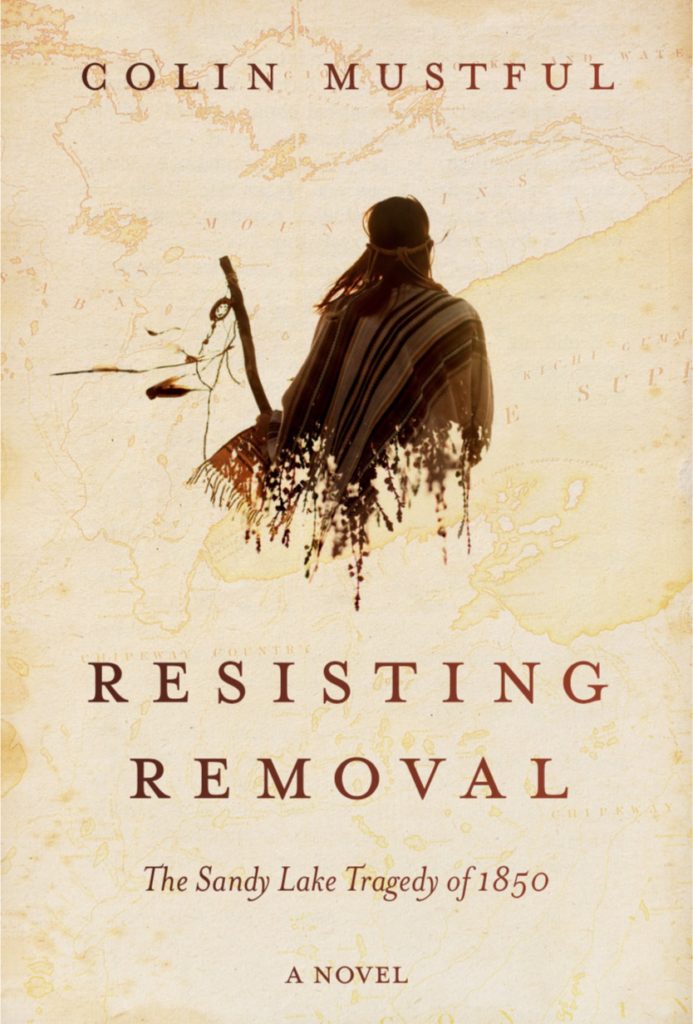 Summary: Resisting Removal is a historically detailed account of the 1850 removal efforts that resulted in the relatively unknown Sandy Lake Tragedy. Relying on real correspondence from the time period, the novel, through fictional scene and dialogue, exposes the corruption and negligence of the Indian System. It also brings to life important and sometimes controversial historical figures like Benjamin Armstrong, Chief Buffalo, and Leonard Wheeler. The story also expresses the rich culture and harrowing history of the Ojibwe people, exposing the wrong and deceit that the United States was founded on, and questioning whose story is really being told.