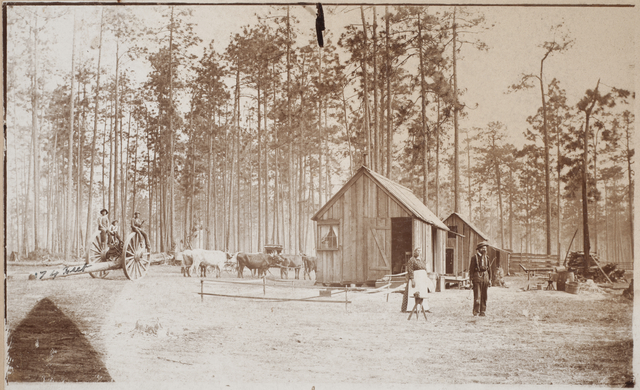 By the year 1862, the majority of Native peoples in Minnesota had been relegated to life on a reservation. The Dakota in particular, had ceded millions of acres of land and were moved to a stretch of land that was twenty miles wide along the Minnesota River. In 1858, that land was reduced to an area just ten miles wide. Meanwhile, long before land cession treaties with the Dakota and Ojibwe, the United States government was envisioning ways to settle that land with its white, Euro-American population.

On May 20, 1862, President Abraham Lincoln signed into law the Homestead Act of 1862. According to the Act, any citizen head-of-household, or intended citizen, was entitled to 160 acres of public land if they settled and cultivated the land for a minimum of five years. If the citizen met these stipulations the land was free. If they intended to stay for only six months, the citizen could buy the land for $1.25 per acre.

Debates and ideas about land settlement existed in the United States since its founding. Even the Constitution declared lands outside the thirteen colonies to be public lands owned by the government. The debate about free land for settlers came to the forefront with the establishment of the Free Soil Party in 1848. As a part of their platform, the party stated that “public land . . . should be granted in limited quantities, free of cost, to landless settlers” (Anderson, 118). A year later, Andrew Johnson, who was a U.S. Representative at the time, introduced the homestead bill, which granted 160 acres of free soil as an inalienable home to every citizen head of household.

Though Johnson’s bill did not pass, more homestead bills followed and were passed by the U.S. House of Representatives in 1852, 1854, and 1859. However, each one was struck down by the Southern dominated Senate who feared that a homestead act would jeopardize the plantation system and lead to more states opposing slavery. Then, in 1860, a homestead bill was approved by Congress, but vetoed by President Buchanan who called it unfair, uneven, and unconstitutional.

Following the secession of southern states in 1860 and 1861, along with their members of Congress, nearly all opposition to the Homestead Act was removed. In 1862, it was passed by a vote of 107 to 16 in the House and 33 to 7 in the Senate. It was signed by President Lincoln and went into effect on January 1, 1863.

It’s important to note that while the Homestead Act provided a home and a sustainable way of life for many American settlers, the law was exploited by land speculators and corporations who sought, through fraud and corruption, to accrue land and wealth as quickly and easily as possible. Many used proxy filings to obtain land for six months at $1.25 an acre and then turned around and sold it at much higher rates. Some businesses hired individuals to make a show of settlement for the full five year period, only to give the land to their employer for a prearranged sum. According to Folwell, “it was a bold and impudent fraud practiced upon a generous nation,” and “by means of this process many thousands of square miles of pine lands have been acquired . . .” (Folwell, 332).

As reported by the National Park Service, four million claims were made under the Homestead Act, and it is estimated, as of 2007, that there were 93 million homesteader descendants still living. To fully understand the Homestead Act and all its implications would require a much deeper study. Nevertheless, a brief consideration of its context sheds light on our history and its significance for us today. In 1862, when the Homestead Act was passed and the U.S. – Dakota War broke out, the Native peoples of Minnesota were part of a much larger, insatiable machine. For more than eighty years before the war, the United States already laid plans to acquire and settle Native lands, and for more than a century after the war those plans came to fruition through the Homestead Act.

The Homestead Act of 1862 was reflective of an industrious people and a young ambitious nation. The Act itself, however, merely validated sentiments and actions of a nation already set on an inevitable outcome. While such a policy and its results cannot be reversed, it’s imperative upon us, in hindsight, to look beyond our history (in this case the U.S. – Dakota War) as a microcosm of conflicting interests. It was wrought by a narrow-minded vision of conquest and settlement with little thought for the people it conquered and the legacy for those people’s children. As we rethink our world and our values, we should do so with the full understanding of what brought us here.

William D. Green, The Children of Lincoln: White Paternalism and the Limits of Black Opportunity in Minnesota 1860 – 1876, (Minneapolis: University of Minnesota Press, 2018).