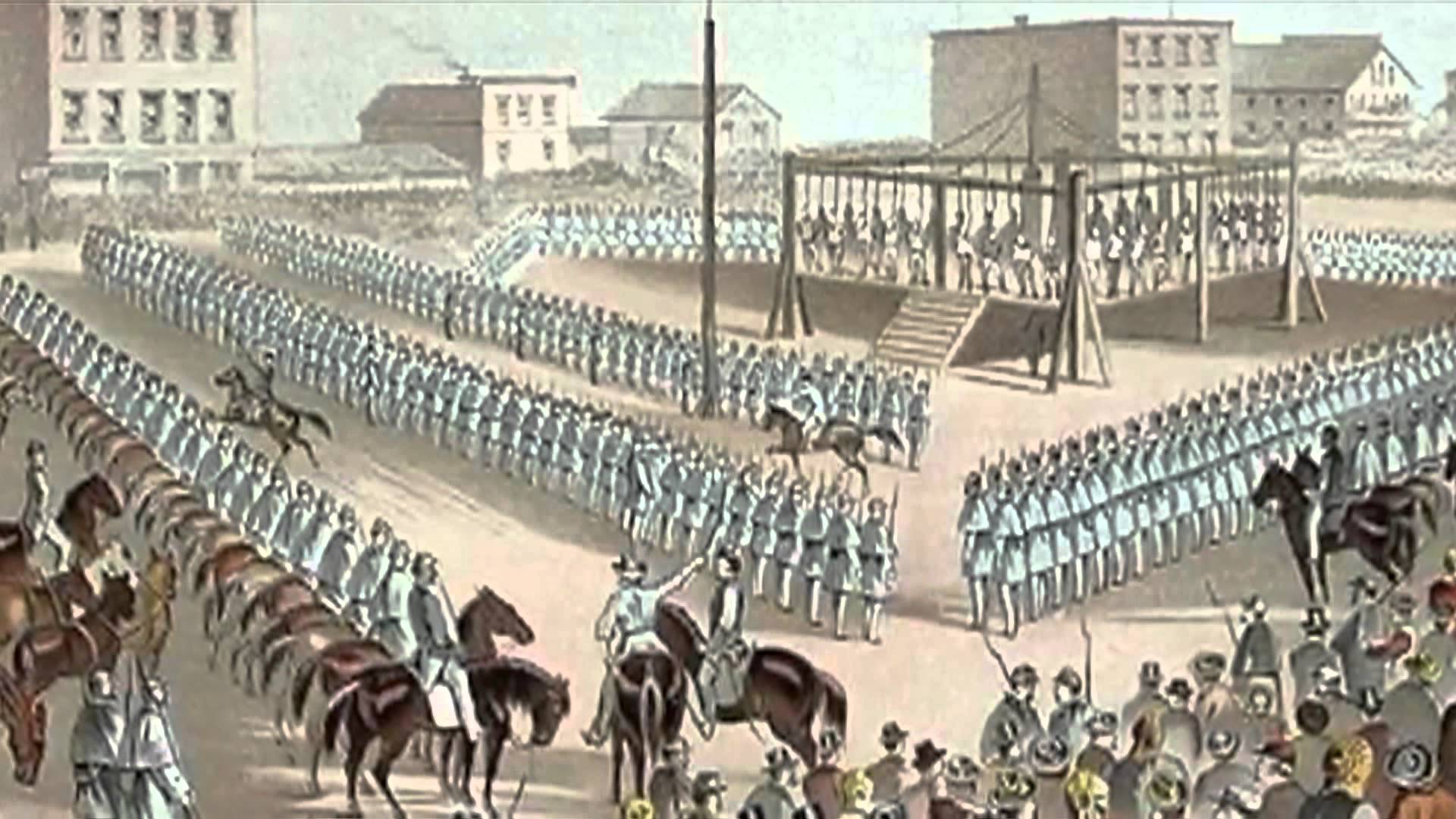 August 18th marks the anniversary of an important, but often overlooked, conflict between Mdewakanton Dakota and United States settlers. The result was the largest mass execution in United States history.

Many Minnesotans are unfamiliar with a war that took place right here within their state.  But this war was actually an important watershed event that has left an indelible stamp on Minnesota’s past.  The tragic events that occurred are difficult to understand, but important to remember.

On August 18, 1862, a group of Mdewakanton Dakota led a surprise attack against the traders and government employees living at the Lower Sioux Agency.  A small relief force from Fort Ridgely responded to the attacks but was quickly defeated by the Dakota combatants and forced to retreat.  Following the initial assault, the Dakota combatants expanded their attacks to various small settlements throughout southern and southwestern Minnesota.  At days end, several hundred settlers, traders, and government employees had been killed while approximately two hundred fifty had been taken hostage.

The attacks of August 18, led to a series of skirmishes between a group of Dakota combatants and the United States Government and volunteer militias as well as provoking severe inter-tribal conflict.  These events are known today as the U.S. – Dakota War of 1862, a tragic but relevant part of Minnesota’s past that continues to have ramifications today.

Over a period of several weeks following the initial attacks, the Dakota were forced to retreat and eventually were defeated.  The hostages were released and the remaining Dakota combatants were either captured or fled.  Those that were captured stood trial and were sentenced to imprisonment or execution.  As a result of these trials, and for their participation in the events of the U.S. – Dakota War, thirty-eight Dakota men were hanged in Mankato, Minnesota, on December 26, 1862, which remains the largest mass execution in United States history.

The remaining Dakota people, whether they played a role in the war or not, were interned at Fort Snelling.  Then, in March of 1863, the Minnesota state legislature passed the Dakota Removal Act thereby banishing the Dakota people from beyond the borders of the state of Minnesota.  This act was predicated by fear and based on prejudice in addition to economic motives.  Regardless, following their internment at Fort Snelling, the Dakota people were moved to a small reservation in Crow Creek, South Dakota, where conditions were less than ideal.  Those that were imprisoned were sent to a facility near Davenport, Iowa, to complete the remainder of their sentences.

The war that began on August 18, 1862, and the trials, hangings, and exile that followed, leave a regrettable blemish on the history of Minnesota.  What is important to remember, is that this war was not the result of one single influence, but years of wrongdoing and cultural misunderstanding.  At the time the Dakota were starving and their traditional way of life was quickly fading.  In less than two generations their homeland had been taken and their cultural identity had been stripped.  They had few options.  This was due in large part to an ineffective treaty system that facilitated corruption and exploitation at the hands of those in power.

In the end, the history is a complicated one that must be viewed in context and understood through multiple perspectives.  Once we acknowledge and accept the misgivings of our past, we can guide ourselves, and our Dakota neighbors toward reconciliation and a future that is transparent and enriching.