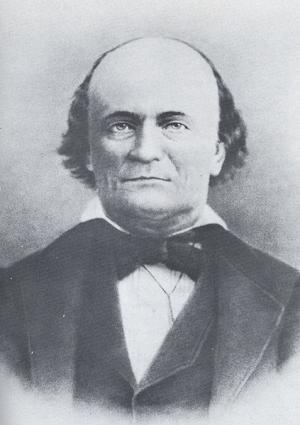 On the morning of Monday, August 18, 1862, one hundred fifty eight years ago today, a faction of the Mdewakanton Dakota attacked and killed or took captive the settlers, traders, and government agents living at the Lower Sioux Agency in present day Morton, Minnesota. Prompted by more than a half-century of genocidal government policies and actions, the Dakota spread their attack throughout southwestern Minnesota, killing several hundred people while taking another 200-250 captive. In the following weeks, the Dakota launched numerous organized attacks at key American strongholds, but were eventually defeated at the Battle of Wood Lake on September 23, 1862. In the aftermath, thirty-eight Dakota men were hanged and the remainder of the Dakota and Ho-Chunk, whether they took part in the war or not, were exiled from Minnesota. The U.S. – Dakota War of 1862, as it is often called, is a major source of anguish and grief in the history of Minnesota.

Among those killed on the morning of August 18, was sixty year old Philander Prescott. Born in Phelpstown, New York, Prescott moved to Detroit in 1820 to work with his brother, Zachariah. Prescott was eighteen years old at the time. Later that year, Prescott and his brother moved to Camp New Hope (Fort Snelling), at the confluence of the Mississippi and St. Peter rivers, where a new military post was being built.

Upon arriving at Camp New Hope, Prescott took work as a clerk for the American and Columbia fur trading companies. In 1823, he courted a Dakota woman named Mary Spirit-in-the-Moon. In his reminiscences, Prescott described their courtship writing:

“It was ten days before I could get my wife, as she was then timid. At last, through much entreaty of the parents, she came for to be my wife or companion as long as I chose to live with her. Little did I think at the time I should live with her until old age . . . The old chief lived in his tent near us all winter. I fed and clothed them all winter.”

In a formal ceremony conducted by missionary Samuel Pond, the two were married in 1837. They had nine children together and remained married until Prescott’s death in 1862. Mary Spirit-in-the-Moon was taken captive but later released.

During Prescott’s lifetime, the centuries old fur trade dwindled, forcing him to seek other sources of income. This led him to a series of both adventurous and practical jobs as he adjusted to the ever-changing frontier circumstances. At one point, he worked on a steamship that operated between St. Louis and New Orleans. At another, he led mining ventures near the Platte River. He was also employed by Joseph Rolette to search for beaver near Traverse des Sioux and he helped survey the boundary line separating the Dakota and Ojibwe. In 1829, he was hired by Indian agent Lawrence Taliaferro to teach agriculture to the Dakota living at Eatonville, an experimental farming community of Dakota living at Bde Maka Ska. In 1839, he spent a season holding a claim for land speculators at the confluence of the Mississippi and St. Croix rivers. The settlement born there became known as Prescott, Wisconsin. Prescott also worked as an interpreter at the 1851 Treaty of Traverse des Sioux and at the time of his death he was the government appointed farmer at the Lower Sioux Agency.

Philander Prescott was among the earliest white American settler-colonialists to the upper Mississippi region. His industrious character and adventurous spirit helped usher in a new era. And though Prescott integrated himself into the native Dakota culture and community, the skills he earned, the ties he developed, and the enterprises he performed, fostered a period of change and exploitation that saw the Dakota people and culture suppressed and mitigated until they believed war was their only choice. So, despite years as a friend, companion, teacher, and counterpart to the Dakota people, his life was not spared when vengeance visited the people of southern Minnesota.

Read “The Recollections of Philander Prescott, Frontiersman of the Old Northwest, 1819–1862.”