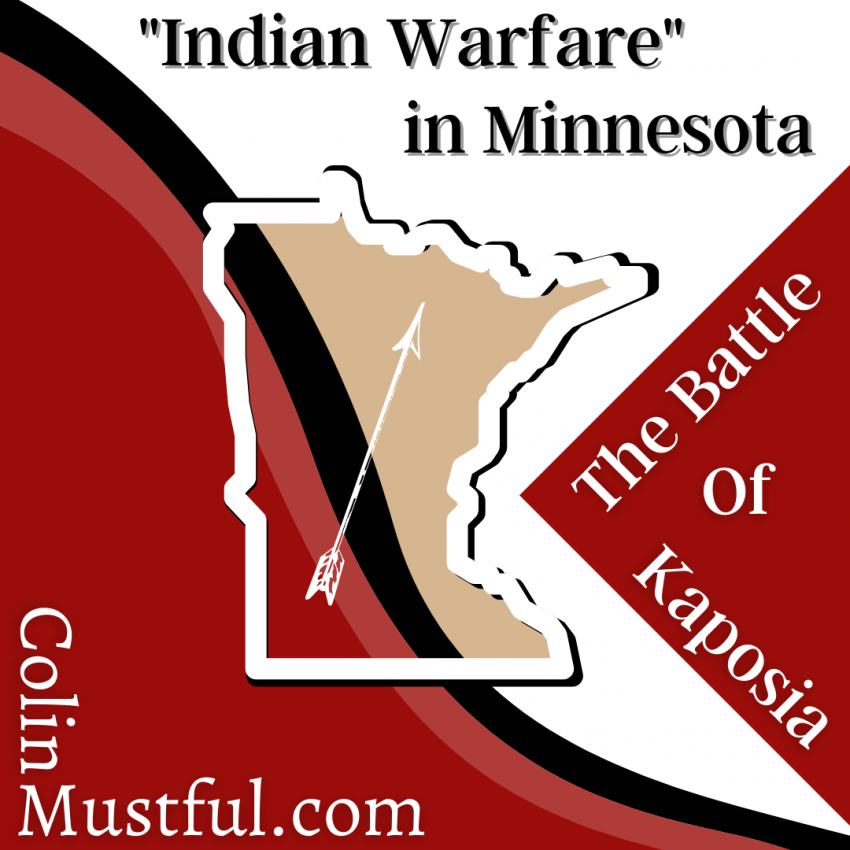 In 1825, the United States government signed a treaty at Prairie du Chien with the Dakota and a multitude of regional tribes. In fact, they titled it, Treaty with the Sioux, Etc. Among the purposes of this treaty for the US government was “to promote peace among these tribes, and thereby to remove all causes of future difficulty.” The first line of the treaty actually states that “The United States of America have seen with much regret, that wars have for many years been carried on between the Sioux and the Chippewas . . .” As reported by the Ojibwe historian William Warren, the Ojibwe (referred to as Chippewa by the US government) had been continually at war with the Dakota (referred to as Sioux by the US government) since the Ojibwe’s arrival at Mooningwanekaaning (Madeline Island) centuries earlier. At the time of the 1825 treaty, it was in the US’s best interests to end the perpetual warfare in order to open the land to land speculators and settler-colonialists.

While the 1825 Treaty of Prairie du Chien managed to create boundaries that would allow for the expulsion of Native peoples in later treaties, it did not quell the traditional warfare between the Dakota and Ojibwe. Neither, apparently, did the establishment of a military outpost at the confluence of the Mississippi and Minnesota rivers, Fort Snelling, in 1825. According to Reverend Samuel Pond, who established a Christian mission at Bde Maka Ska in 1834, “we may reasonably conclude that the loss of life in the war carried on between the Dakotas and their enemies, was not much, if any less, most of the time after Fort Snelling was built, than it was before.” Furthermore, Pond stated that, “Both Chippewas and Dakotas complained that the efforts of our Government to promote peace between the two tribes, rendered their condition more insecure than when each one was left to take care of himself. That precarious peace often exposed them to dangers which in a state of open war they would have avoided.” Pond made these observations in an 1870 article he titled Indian Warfare in Minnesota.

In the article, Pond published ten years of notes he had taken about violence between the Dakota and Ojibwe in the region beginning with the year 1835. This was ten years after the Prairie du Chien treaty and just fourteen years before the region became Minnesota Territory. Regarding his notes, Pond says they are not a “relation of events of great importance in themselves, but [are] a fragment of Minnesota history, and may, at some future time be read with more interest than at present.” In total, Pond records twenty-one incidents of violence between the Dakota and Ojibwe peoples (while there were a few others between the Dakota and Sauks) despite the efforts of white authorities at Fort Snelling to avoid and mediate conflict. The total recorded loss of life in these attacks were 93 Dakota and 119 Ojibwe. It seems, each attack was inevitably followed by a retaliatory attack, sometimes immediately, and sometimes in the following year. This is what made their warfare perpetual.

In an article published by the Minnesota Historical Society in 1925 titled The Story of Beengwa, Daughter of a Chippewa Warrior, the interviewee, Beengwa of the Sandy Lake Band of Ojibwe, calls particular attention to one of the attacks recorded by Pond. This attack, which took place in June of 1842, was called “the last battle between the Sandy Lake band and the Sioux in the latter’s territory” by Beengwa, and called “The Battle of Kaposia” by some historians. The attack was led by Beengwa’s father, a Sandy Lake Ojibwe named Augenosh. The war party was formed either at Fond du Lac or Sandy Lake and traveled down the Mississippi before meeting up with Ojibwe from the Mille Lacs and St. Croix bands. Upon reaching the opposite bank of the Dakota village of Kaposia, the Ojibwe lay in wait in the brush along a creek. This creek, which empties into Pig’s Eye Lake, is now known as Battle Creek.

Early in the morning, at Augenosh’s signal, the Ojibwe sprung their attack killing a handful of unsuspecting Dakota before slipping away back up river. Accounts of the attack vary. According to Beengwa, “The attack was entirely successful, many Sioux being killed without the loss of a single Chippewa warrior.” However, according to the historian interviewing Beengwa, “The Chippewa lost a number of warriors, but the Sioux loss is believed to have been greater.” Other historians, such as Pond, also record losses for the Ojibwe. While the exact number of losses are unclear, it does appear certain that it was a successful attack for the Ojibwe that was celebrated upon return to their homes. Beengwa stated that, “After the return of the war party a scalp dance was held. Members of other near-by bands came to Sandy Lake for the dance, which began at nightfall and continued through the entire night and most of the next day.” She also conveyed that the scalp of the first victim was placed upon a pole, colorfully decorated, and then passed “from village to village and from band to band until the celebration of the victory was completed.”

For a more comprehensive look at the history of warfare in the place we now call Minnesota, one would have to read the work of William Warren, an Ojibwe historian who, in the early 1850s, recorded the history of the Ojibwe people. Nevertheless, it’s interesting to read the tradition of attacks and revenge attacks that took place in the region all while white officials and missionaries sought, not to understand, but end such violence and traditions. Today, the only evidence that remains are in the notes of men like Samuel Pond or names of landmarks like Battle Creek in St. Paul and many others.